The El Dorado County ARC helped the Marshal Gold Discovery State Park celebrate the 171th anniversary of the discovery of gold in California.  The club operated in the ARES trailer in the parking lot next to Sutter’s Saw Mill both Saturday and Sunday.  We got the station on the air shortly after 9:00am on Saturday and worked pileups almost the entire weekend.  We worked mostly on 40m and 20m phone and the band conditions weren’t too bad.   We logged 657 contacts for the event and approximately 173 Winter Field Day contacts.   Saturday was the actual anniversary of the gold discovery and the park had many visitors.  Many of the visitors stopped by to see our operation and were interested in Ham Radio.   Sunday was little quieter, but we still had several visitors stop by.   The weather was perfect the entire weekend. 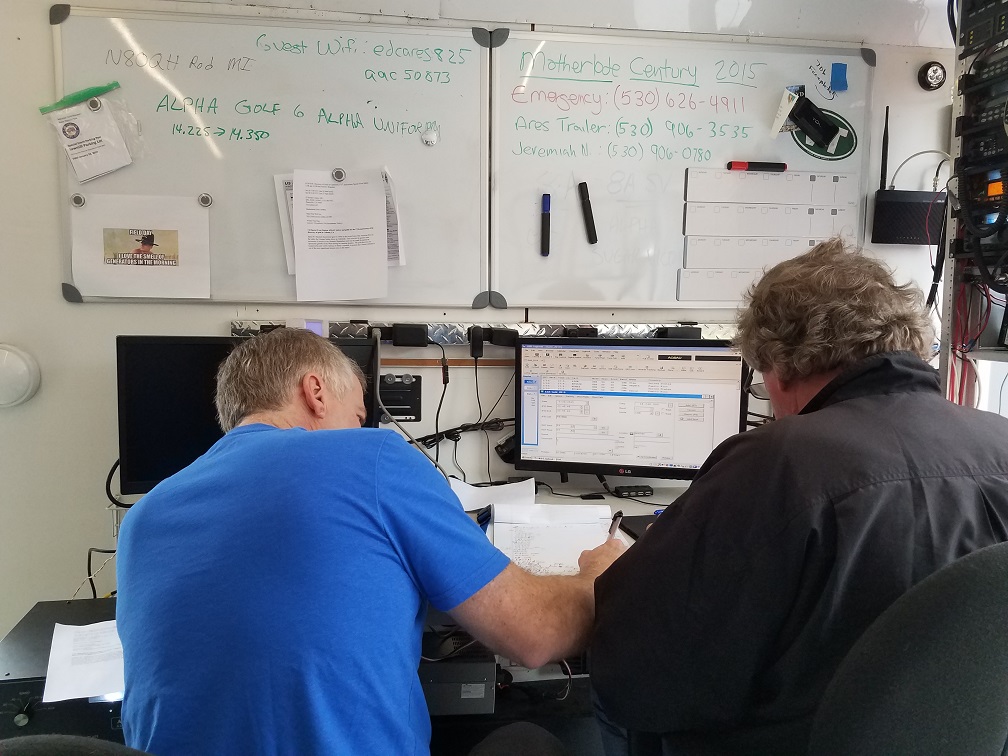 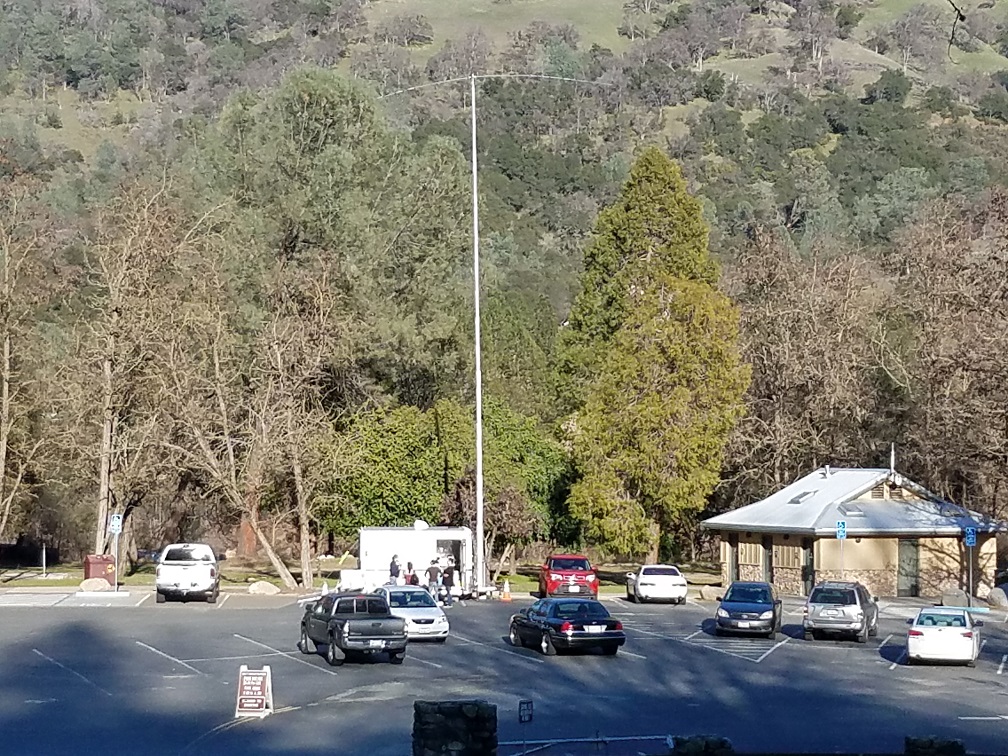 A couple of picutres of our 70 foot mast and rotatable dipole.